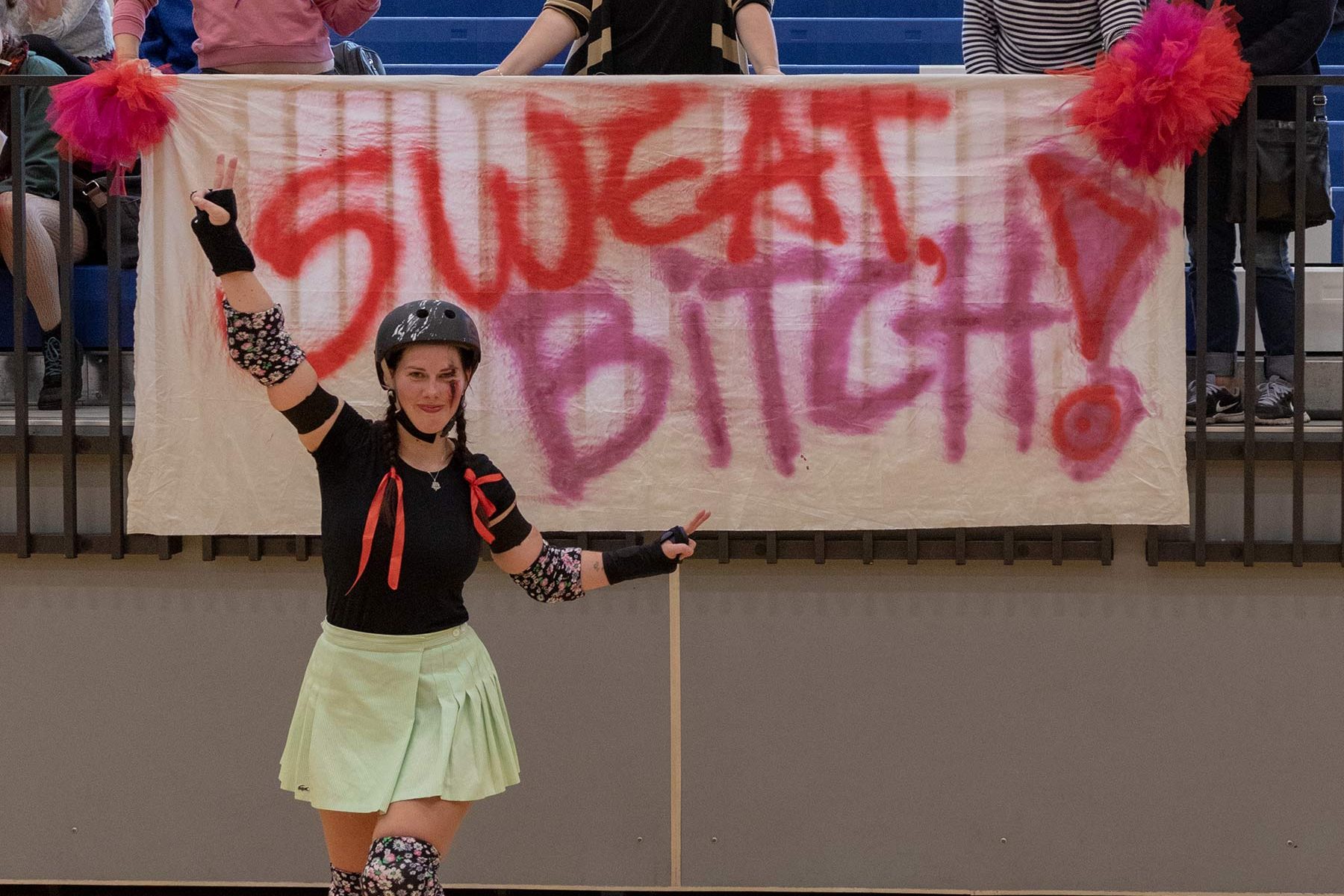 Today is exactly two years since our first Estonian Roller Derby Championship bout that took place in Viimsi. Our small team was competing fiercely against Tartu Roller Derby and narrowly took the victory at the end of the second half.

It was a historic moment for Estonian roller derby because it was the first (and so far the last) public bout and had quite a great audience turnout, including fans with home made banners, as seen in this great shot captured by Siim Neerut.

We are hoping to make this our most successful season yet in terms of skater growth and learning so that we can look forward to more of these kinds of bouts in the near future. Feast your eyes on these amazing photos by Nicolas Bouvy and Siim Neerut and get excited for this new season or roller derby training. Let’s make it our best one yet and let’s host another bout soon! 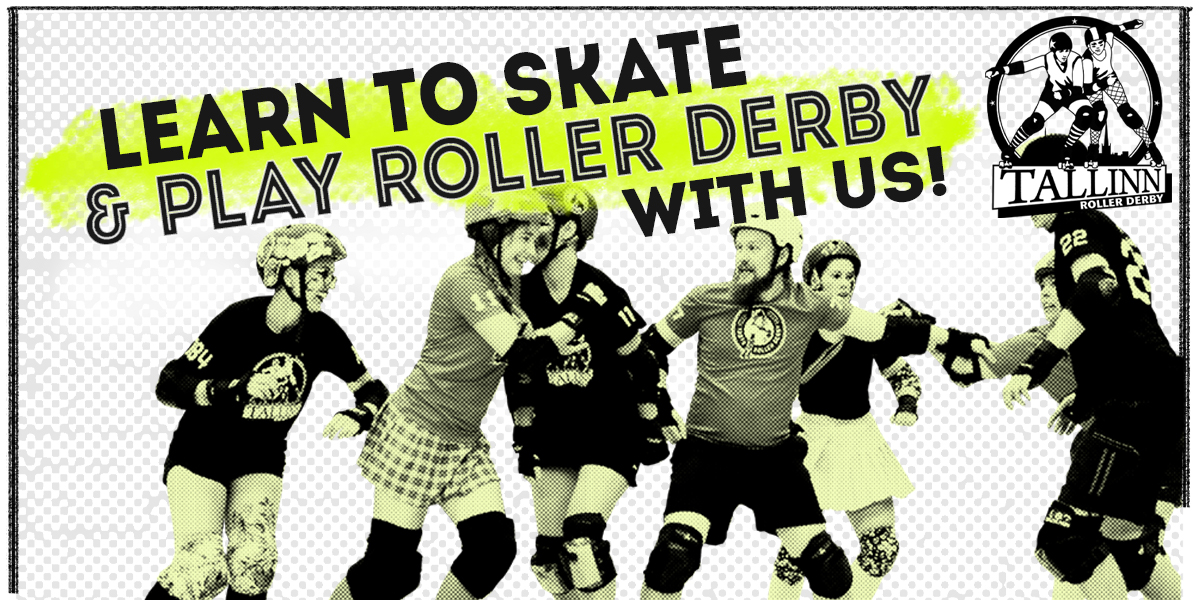 New season of roller derby is starting and it’s going to be our biggest one yet. Don’t feel the FoMO – come skate with us!

Demo training fee is only 5€ including gear rent.

If you wish to join please fill in our registration form ahead of time.

No previous skating experience needed – we will teach you everything from scratch!

Please arrive 15 minutes before start time. Bring whatever protective gear you have, a water bottle, socks (if borrowing skates) and wear comfy sporty clothes, changing rooms available.
Feel free to email us if you have any questions.

13 and 14 of December Põhjala tehas (Marati 5) opens its huge warehouse spaces up for workshops and roller skating fun. Tallinn Roller Derby team will be there on both days, demonstrating what we do in training and talking all things derby.

Roller skate rental available courtesy of Skatetown. There will also be other activities like roller hockey, lessons for kids and an old school roller disco!

Wear your warmest Christmas themed clothes and come skate with us! 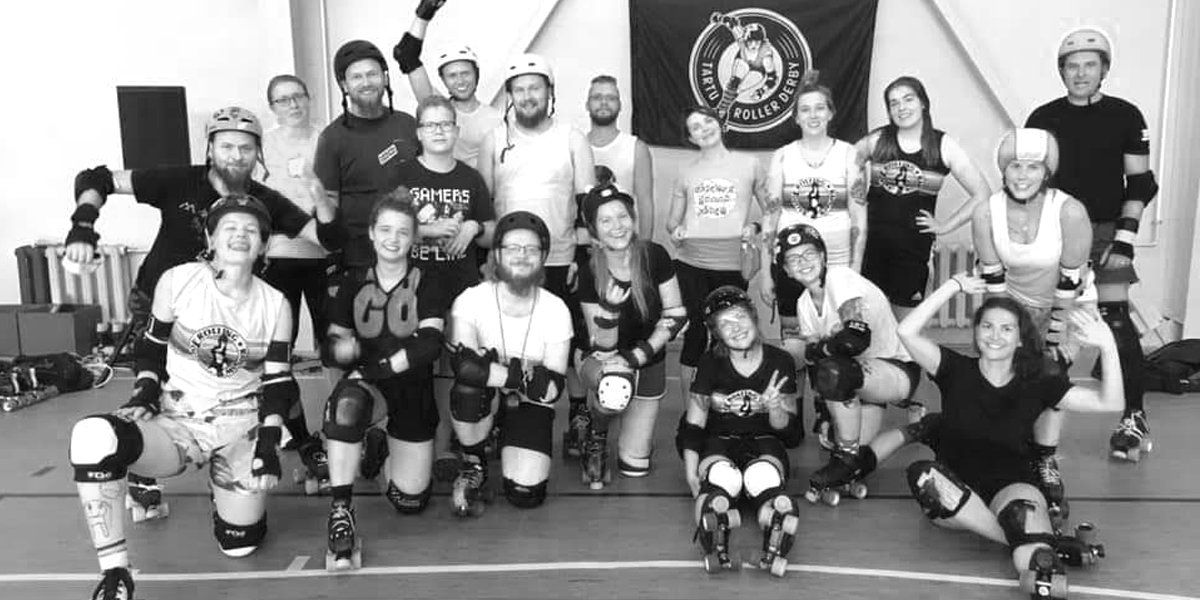 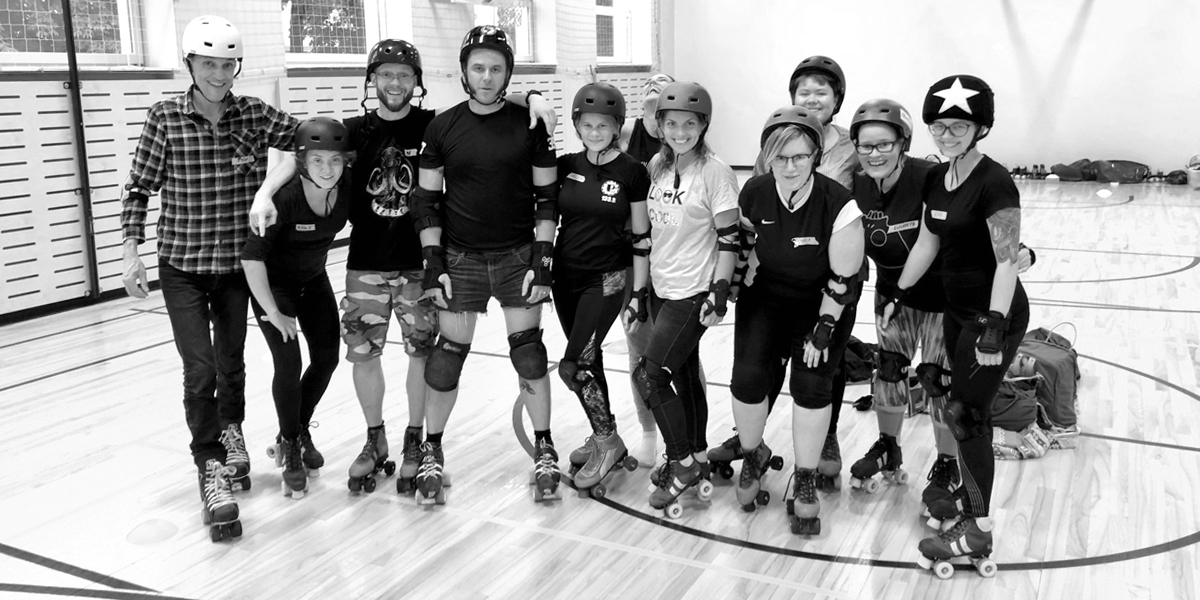 On August 31st 2018 Tallinn Roller Girls held our first official intake at Audentes Sports Centre. Led by Anaesthesia and Quad Eat Quad, with skates and gear provided by Tartu Roller Derby. The event was very successful, with many people taking part and feeling enthusiastic about finally having a chance to learn and play roller derby in Tallinn. Many others came without any clue of what roller derby is and it was a wonderful opportunity to spread awareness about this cool sport.